Sad News on the Wildlife Front

Please be informed this Post may include a picture that could be disturbing to some people.

This winter we have been treated to Eagles flying over almost daily. March 5th, gave me the opportunity to see more Eagles in one place than I had ever seen until that day. There was a positive count of 13 between two different locations. Others were spotted; I didn't stop driving again to see how many more... 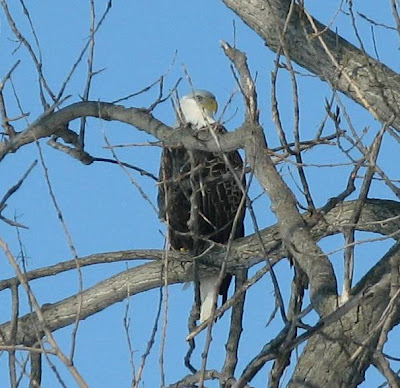 This particular Bald Eagle was sitting across from a pasture watching its comrades.

Even yesterday,the 19th ,I caught two magnificent birds visiting in the neighborhood when I returned home from watching a couple of grand-kids before school. Both Eagles were doing what they do to fill their niche in nature. 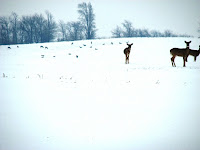 I had been seeing deer gathering in some fields close to our county blacktop. The scarcity of food has brought about hunger,starvation and even death to many four hoofed brothers of the Timber. Falling from exhaustion wherever their bodies give way to solemn slumber. It truly brings sadness...

Then I checked out a story over at the Iowa DNR site after I heard that someone shot and killed a Bald Eagle in a county south of here. It was doing what raptors do to help cleanse the landscape. 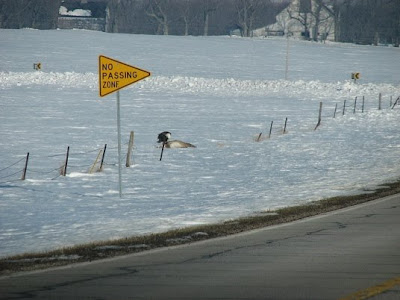 This was one of three deer that fell visibly close to traveled paths by both man and wildlife.

It is one thing when animals become victims of their habitat.A happening that has repeated itself over and over this season.

However, you wonder what the story is of the person who felt it was their right to end the life of America's National symbol a Bald Eagle?....
Posted by CDGardens at 10:30 PM 7 comments: