Last year, I did a small study of deer home ranges, because of some behaviors that became apparent to me having seen it repeated over many years.

One reason I have made an effort to take pictures is to use the images to follow from year to year the passing along of some traits...Making me wonder if it could be the animal I caught years before that exists in my digital archive when they were just a fawn. 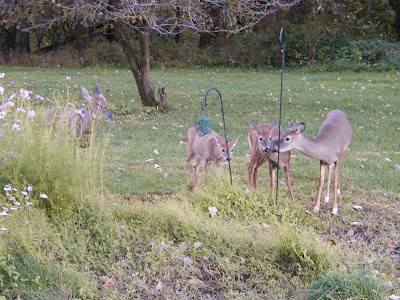 The picture above is a family group I observed frequently in my backyard the summer of 2007. It consisted of a mature doe to the left, her twins, and I believe the daughter from the previous year nuzzling with the little red buck.

Taking a picture November 3rd,2009, of the buck below, because of his unique coloration, brought back memories of the "KoffeeKlatch" and the question - "Is this the little buck whose family raided my Cosmos?"

What a handsome creature he has developed into if in fact he is one and the same. Others have seen him and commented on his color too. My hope is he survived the winter so I might see him once again. ;) 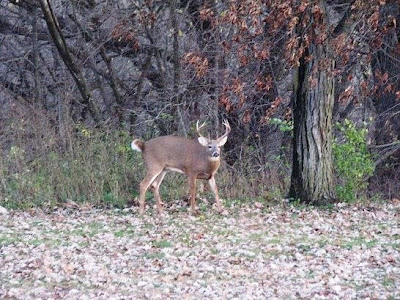