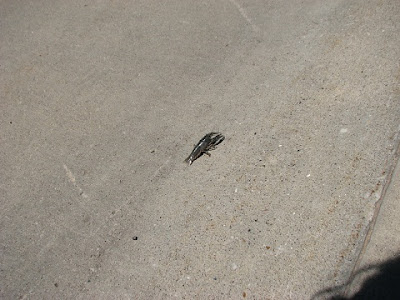 Parked on a city street in a suburb of Des Moines, IA , yesterday. I discovered a little crustacean with a  purpose making its way along the warm concrete. 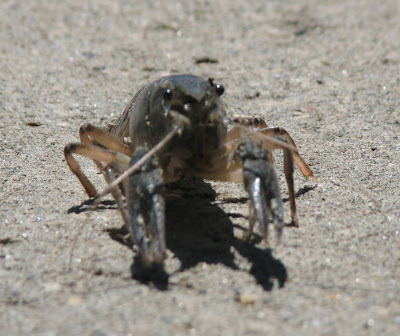 I can't say I have ever seen one of these creatures in the great outdoors up until this point.

So, I got camera lens to antenna for a close-up. Of course it took that to be an aggressive action so it raised its pinchers and  proceeded , determined to get wherever the natural instinct was drawing him/her. 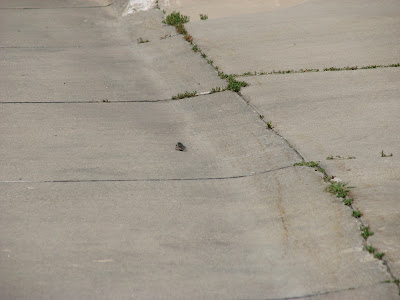 Time wasn't being wasted in going from side to side...A straight line was the fastest way to achieve the objective. Get off the pavement before he/she got cooked.The day was heating up with the sun high in the sky -  it was close to noon. 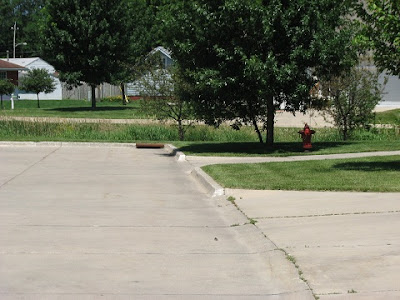 I am left to wonder if this multi-legged ,two clawed, speedster had made a trip around the block, because it thought there was something better on the other side? 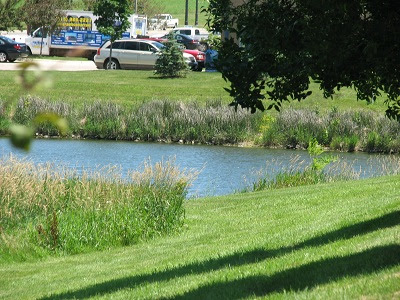 I have a feeling this is where the crawdad was going to make his/her walk-a-bout come to an end. Back in the safety of the urban pond bank...
Posted by CDGardens at 6:47 AM 2 comments: