The Alcoa Company in Davenport,IA, is helping the to promote a safe environment for our a nesting couple of our national birds, south of the more familiar Decorah Eagle cam.

In finding out more about the second Eagle couple they have been nesting together at the Alcoa plant for the last three years, but have only become nest cam stars in the last two.

The Company is asking public assistance to name the three eaglets for this season...joining their parents Liberty and Justice.

Stop over to watch the little eaglets too and add your suggestion for names...
Posted by CDGardens at 2:10 PM No comments:

Burial of the Lord Jesus Christ According to Matthew

In the ninth hour Jesus yielded up the ghost. The evening was approaching, the Jewish Sabbath was about to begin...
Posted by CDGardens at 3:00 PM No comments:

Email ThisBlogThis!Share to TwitterShare to FacebookShare to Pinterest
Labels: Burial of Jesus Christ, Joseph of Arimethea, Mary Magdalene, Mary the mother of James and Joses, Pilate

16. And the soldiers led him away into the hall, called Praetorium: and they call together the whole band.
17. And they clothed him with purple, and platted a crown of thorns, and put it about his head.
18. And began to salute him, Hail, King of the Jews!
19. And they smote him on the head with a reed, and did spit upon him, and bowing their knees worshiped him.
20. And when they had mocked him, they took off the purple from him, and put his own clothes on him, and led him out to crucify him.
21. And they compel one Simon a Cyrenian,who passed by, coming out of the country, the father of Alexander Rufus, to bear his cross...


Sandi Patti - La Via Dolorosa - The Passion of the Christ

25. And it was the third hour, and they crucified him.
26. And the subscription of his accusations was written over, THE KING OF THE JEWS.
33. And when the sixth hour was come, there was a darkness over the whole land until the ninth hour.
34. And at the ninth hour Jesus cried with a loud voice,saying, Eloi, Eloi, lama sabachthani? which is, being interpreted, My God, my God, why hast thou forsaken me?
35. And some of them stood by, when they heard it, said, Behold, he calleth Elias.
36. And one ran and filled a sponge full of vinegar, and put it on a reed, and gave him to drink, saying, Let alone; let us see whether Elias will come to take him down.
37. And Jesus cried with a loud voice, and gave up the ghost.
38. And the veil of the temple was rent in twain from the top to the bottom.
39. And when the centurion, which stood over against him, saw that he so cried out, and gave up the ghost, he said, Truly this man was the Son of God.

In remebrance of my Christian heritage I want to share with you the events of the Lord's death, burial and Resurrection....

Pella. Iowa will be experiencing their tulips a month earlier than usual. Pella Tulip Time scheduled for May 3rd - 5th will have a different perspective...Even though the blooms will probably be faded by then, you can still count on lots of Dutch heritage activities to keep you busy.

While out exploring in a little Iowa town recently. I came across a mural painted on the side of a main-street building, just across the alley from the United States Post Office. 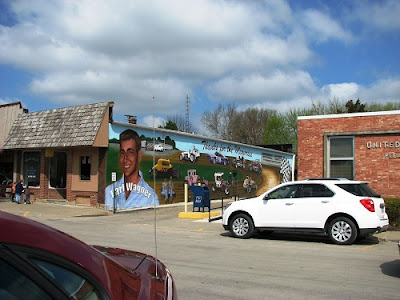 After seeing the mural in passing on another occasion this was the day I got the chance for a closer examination. 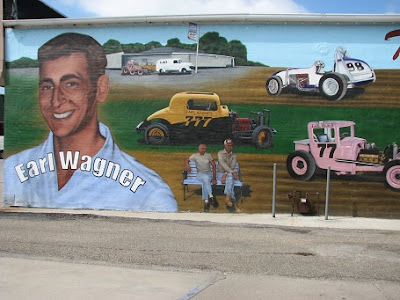 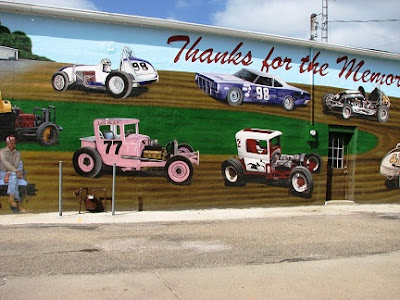 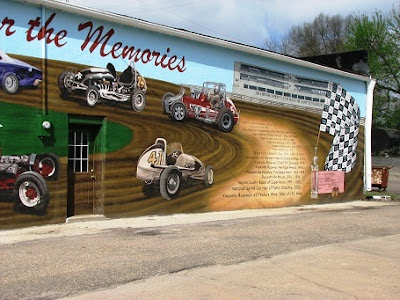 A beautiful tribute to Earl from the community where he was a longtime resident and public servant...
Posted by CDGardens at 7:44 AM No comments: