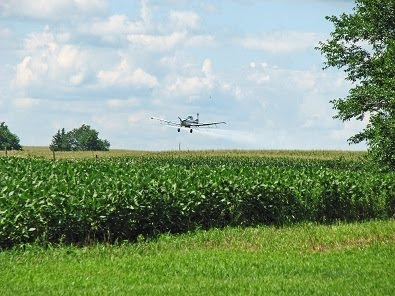 We are all seeing these planes in one form or another darting  through spaces that you wouldn't think a pilot with his right mind would want to try. 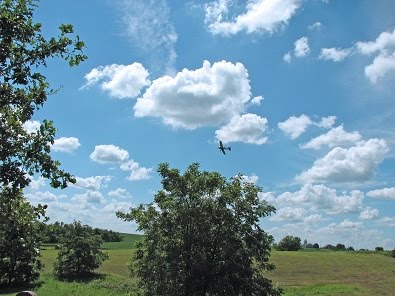 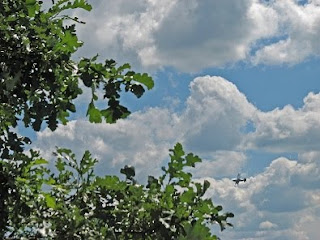 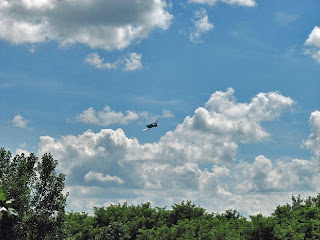 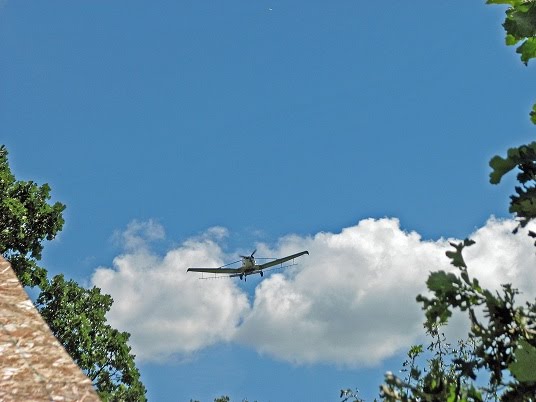 Hubby and I were outside on this hot,humid, afternoon working on the house we are building.The above pictured  plane kept flying over to the fields just past the north pasture. We got strong whiffs of the chemical being used as he flew over. The heavy air held the residue and allowed  it to fall as he passed overhead.

I don't envy these guys their jobs because of the long , hot hours they fly, or the volatile chemicals they carry onboard .

In the time I have been working on this post two  Crop Dusting mishaps were reported on the Eastern side of our state. The good news being neither pilot suffered serious injury even though their machines were lost in the accidents.

Our airspace often hosts the Crop Dusters as they pass on the way to their next job because of  Hubby's windsock at our home grass strip, they check for wind speed and direction. Yes, and because we live in the middle of farm country...; )
Posted by CDGardens at 5:31 AM 4 comments: