Iowa Caucus Day,January 3,2012. Boy, OH Boy! Am I ever ready for this Political event to get completed already.

The Straw Poll in August was another event for which I can say I am glad it is over. That was another time period where you dreaded to answer the phone because of all the politicians wanting you to know about themselves. We are constantly bombarded with television ads and phone calls for far to long in my book.

Yesterday, Sunday, New Year's Day, we were only called twice by the politicians . Both calls came between 4:30 - 4:35. One was a recorded message from Bill with Winning America Back...a constant robo-call and then a three question survey from Newt 2012. Sometimes the callers identify themselves upfront, but most of the time you have to wait until the end to discover exactly who is calling.I wanted to start keeping track how many times our phone rang from the same individuals.

Today, the calls started at -

11:30 - with call staff from Rick Perry's campaign headquarters. Checking to see who we would be caucusing for tomorrow night and if we knew where our caucus was being held.

11:33 - The Iowa Christian Leaders in Government group, a recorded message, wanted me to call Rick Santorum to let him know how disturbed by his voting record on abortion and a few other family issues I was.

12:12 - A local politician, Brad Zaun, named campaign chairman recently, called in support of Michelle Bachmann and wanted us to call into a Caucus meeting tonight in preparation for the real thing tomorrow night.

12:48 - Representative Jason Shultz called to give me some more reasons why I shouldn't vote for Rick Santorum. Instead I should vote for Ron Paul - paid for by the Ron Paul 2012 Campaign Committee

Woohoo! At the time of this observation a little over an hour had since the last call. I believe however that things will heat up again around 4:30 when they think us working class people should be getting home from work. Then I perceive from past experience, calls could go as late as 8:30 or 9:00. At least they did at the end of last week.

For my Iowa readers - here are some Des Moines Register campaign trail videos to help you make your choices for the caucuses tomorrow evening. Maybe my out of state readers can get prepared as well for what is coming to your neighborhoods if they haven't already...

Posted by CDGardens at 5:14 PM No comments:

I want to pick-up where I left off in the last post...

Ah yes! Deer Stand Row as I have titled it. I have had several opportunities to see the stands in winter and summer. Most definitely harder to locate some of them during the summer months with foliage all around. My picture taking on the way home always seemed to point out the driver's side of the car , because our trip west a few days before came during the dark of night.


Coming up to the Pelican Lake area started my field searches - ending around Brandon...All my pictures taken in this post  are at Interstate speed. No stopping to get a good shot. 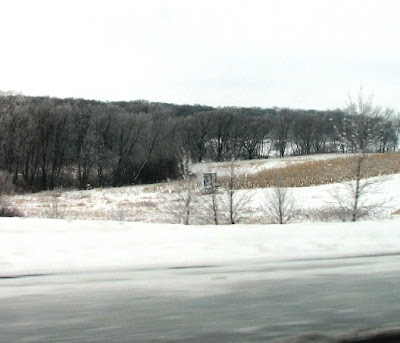 Here is the first deer stand that I caught sight of and was able to capture a digital image of on our way home. I did see others that I didn't have a chance to get pictures of because as soon as I saw them we were gone.


Even though winter allowed  for trees to be leafless, some stands were still camouflaged by tucking them into the edges of field and tight treelines. 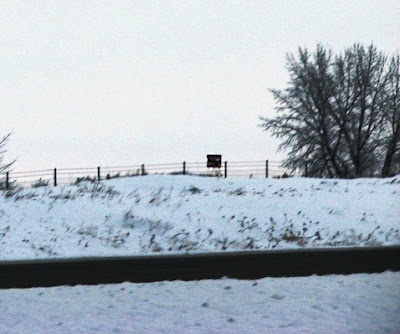 The deer stands that I saw most were of the elevated varieties...since they stood out the most. 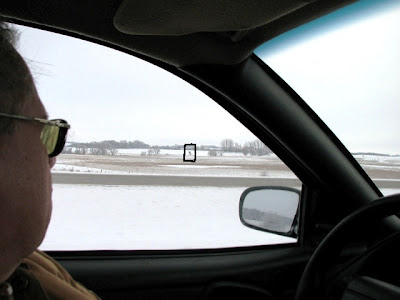 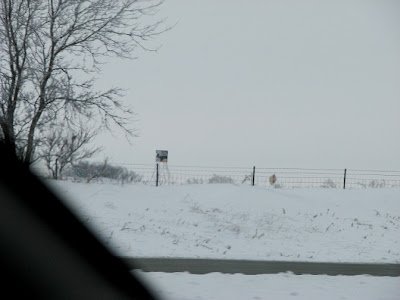 Hurry! Hurry! This one was taken out the back passenger window on the Driver's side of the car from the front passenger seat. 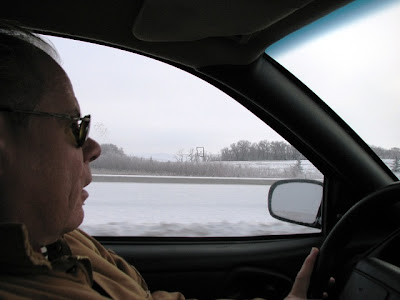 I was glad to have Hubby's set of eyes to help survey the countryside. Trying to see both directions north and south of our traveling lanes kept my head going back and forth...Whiplash! 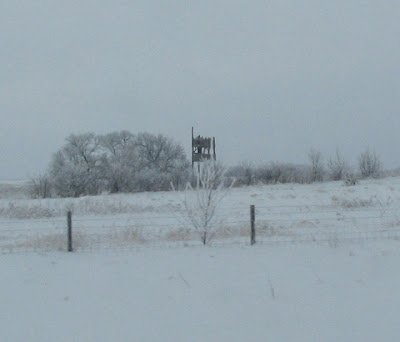 This deer stand brings to conclusion today's "Deer Stand Row" post and  is my favorite...it belongs to Long Lake Lodge  at Brandon,MN. Oh to have a double decker like that one!
Posted by CDGardens at 7:42 AM No comments: