Last year we were treated to an Eagle nest cam up at Decorah. It kept many intrigued for months...Even today they still have the camera at the ready if a pair of Eagles should happen to call the nest their nursery once again.

I wouldn't call myself a birdwatcher specifically, but I do pay attention to the total picture, winged,4-footed, ground huggers and whatever it takes to makeup our part of the world.

Our local marsh has been a host to a resident pair of Eagles, but that will be a post for another day.

Reports of an increased Eagle presence at a little swamp known as Fisher Lake, east of the Des Moines River southeast of  Saylorville Lake came before Christmas last year. I had been past the little body of water after Thanksgiving - it teemed with bird life, only I didn't take time to stop and look since I had a schedule to meet.

This visit came on December 29th,2011. The sun and blue skies have been keeping us company with the unseasonably warm temperatures. I have to say that the limited travel problems that occurred a few times so far has been much appreciated. 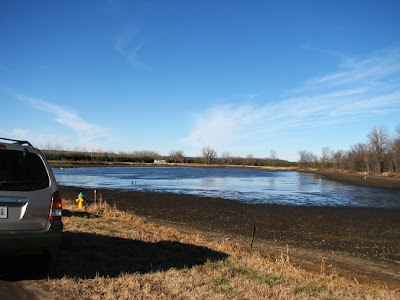 The water level of our ponds, small lakes and marshes have suffered due to the lack of rain, or snow, for that matter yet this winter. I will say this with a wink since soon we will probably be hoping for a break in a stretch of continous precipitation. 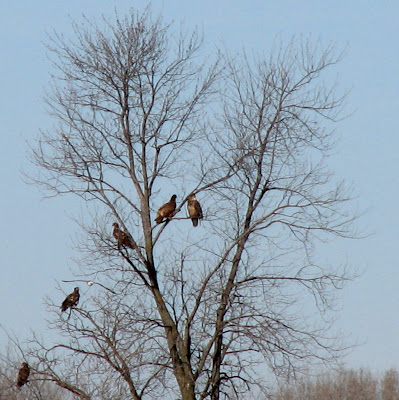 It appeared to me that between the two trees becoming perches for the raptors there was a division between the immature and the mature on this visit.The tree where the youngsters sat was located at the north or the far edge of the lake in the first picture. 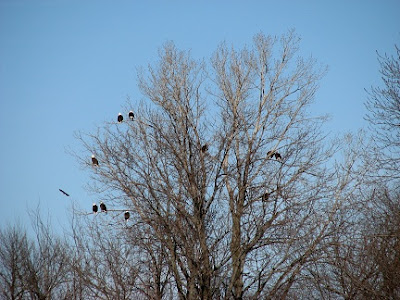 The mature eagles were more numerous and  found a tree closer to the front of the lake on the right of the picture. 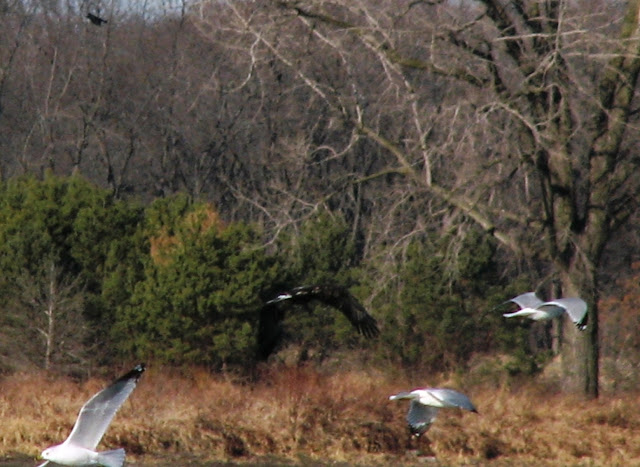 This turned out to be a fun picture...the Gulls and Eagles shared the lake when the waters were open. 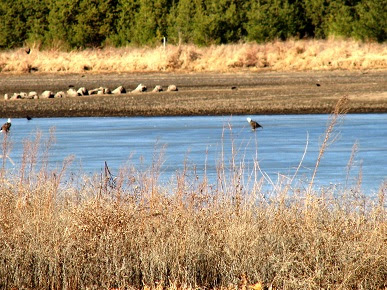 I visited the lake on Thursday, this week to find a smaller Eagle count, no Gulls, and Crows were still a constant presence. The low water level left a sheet of ice...a perch for the Eagles to attempt a little ice fishing?

Time will tell when my next visit will come to check on the Bald Eagles of Fisher Lake...
Posted by CDGardens at 10:47 AM No comments: