My pictures are getting dated already...A week and a half ago we had a layer of snow laying around , the warm temperatures weren't yet making much of a difference in the white stuff disappearing. 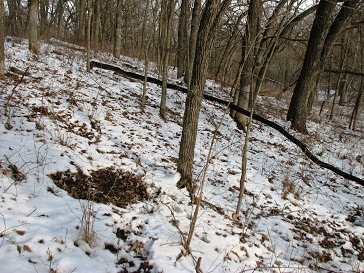 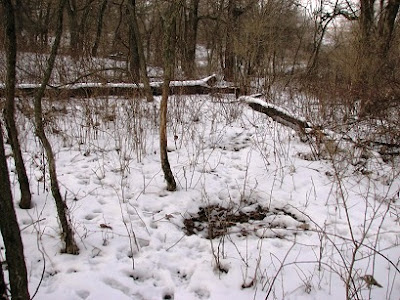 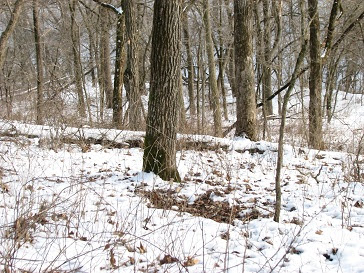 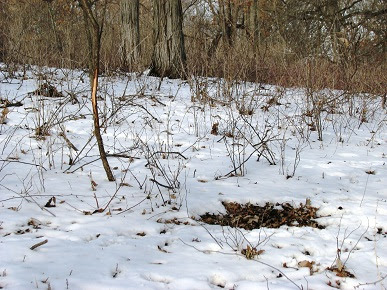 While out for a walk I discovered on  one side of the ravine dissecting the property  that the small trees seemed to carry new bark injuries with ground scrapes in close proximity . Signs of a late rut? Only a thought after seeing an antlered buck in the vicinity with does and their offspring frequenting the area.

The little creek running through the ravine still made a ribbon of solid ice for the deer to use as a path to get from place to place. Totally dependent on available moisture from land run-off there is varying levels from season to season. 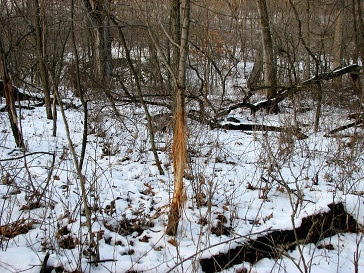 On the opposite side of the ravine I found a different scenario, the bark was being shredded in what I believe to be the beginning of another stage in the life and times of the whitetail buck population in our area...
Posted by CDGardens at 5:12 AM 1 comment: